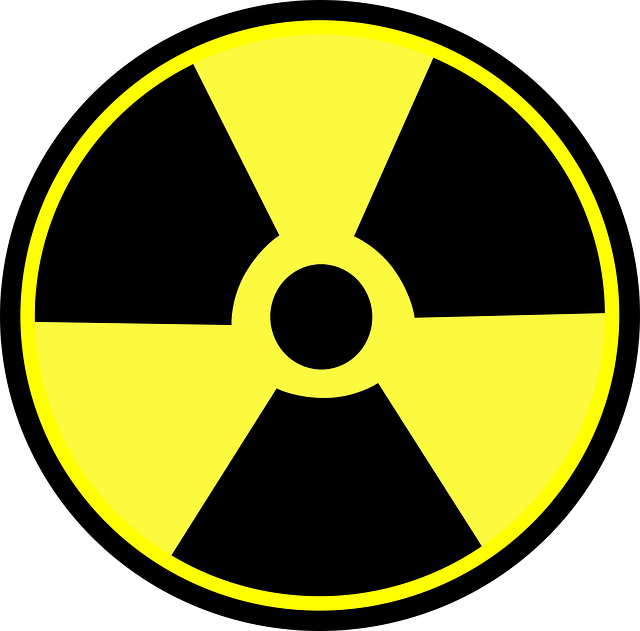 Detect & Protect Yourself from Nuclear Disaster

“As an Amazon Associate I earn from qualifying purchases.”

Radioactivity has always been present on our planet. Naturally occurring radioactive elements may be found in the earth's crust, the floors and walls of our houses, schools, and businesses, as well as the food and beverages we consume. The air we breathe contains radioactive gases. Man has constantly been exposed to natural radiation, both from inside and beyond the planet. The radiation we get from space is referred to as cosmic radiation or cosmic rays.

We are also exposed to man-made radiation, including X-rays, which are used to detect ailments and treat cancer. Radiation exposure to humans is also caused by fallout from nuclear explosives testing and tiny amounts of radioactive materials discharged into the environment by coal and nuclear power plants.

The word "radioactivity" refers to the breakdown of atoms. The number of protons in the nucleus characterizes the atom. Some elements in nature are unstable. As a result, their nuclei dissolve or decay, letting out energy in the form of radiation. Radioactivity is the name given to this physical event.

Because our bodies absorb the infrared wavelengths included in sunlight, it feels heated. However, infrared photons do not cause ionization in human tissue. Ionizing radiation, on the other hand, may disrupt cell activity or even kill them. The amount of energy required to induce major biological effects through ionization is so little that our bodies cannot feel it, as in the case of infrared rays that produce heat.

The biological consequences of ionizing radiation differ depending on its kind and intensity. The dosage of radiation that the tissues receive is one indicator of the danger of biological injury.

Our radiation exposure from all natural sources amounts to roughly 2.4 mSv per year on average, while this quantity may vary by hundreds of percent depending on geographical location. There are radioactive materials in the air in houses and buildings. The vast majority of natural radiation exposure is caused by different quantities of uranium and thorium in soil across the planet.

Natural Sources of Ionizing Radiation Expose Us in Two Ways

We are surrounded by naturally occurring radioactive materials in the soil and rocks, as well as cosmic rays entering the earth's atmosphere from space.

Internal exposure comes from radioactive materials that we consume via food and drink, as well as the air we breathe. Furthermore, radioactive elements (Potassium 40, Carbon 14, Radium 226) may be found in our blood or bones.

Furthermore, we are subjected to variable levels of radiation from sources such as dentistry and other medical X-rays, industrial applications of nuclear technology, and other consumer devices such as luminated wrist clocks, ionization smoke detectors, and so on. We are also subjected to radiation from radioactive elements found in nuclear fallout and ordinary normal discharges from nuclear and coal power plants.

Large doses of ionizing radiation have long been known to cause tissue damage in humans. As more was understood, scientists were more worried about the possibly harmful consequences of high-dose radiation exposure. The necessity to limit radiation exposure spurred the development of a variety of expert committees to investigate what should be done. The International X-ray and Radium Protection Committee was founded in 1928 as an independent non-governmental organization of specialists in the subject. The International Commission on Radiological Protection was subsequently renamed (ICRP). Its mission is to create fundamental principles for radiation protection and to provide recommendations on radiation protection.

These concepts and guidelines serve as the foundation for national policies controlling radiation worker and public exposure. They have also been adopted by the International Atomic Energy Agency (IAEA) in its Basic Safety Standards for Radiation Protection, which were prepared in collaboration with the World Health Organization (WHO), the International Labor Organization (ILO), and the OECD Nuclear Energy Agency (NEA). These guidelines are used all over the globe to assure the safety and protection of radiation workers and the general public.

Individual doses should be maintained as low as reasonably practicable, according to the ICRP and the IAEA, and attention should be given to the existence of additional sources that may produce simultaneous radiation exposure to the same segment of the public. Allowance must also be made for future sources or behaviors so that the total dosage received by an individual member of the public does not exceed the dose limit.

In general, radiation workers' average yearly dosage is determined to be far lower than the individual dose limitations. As a consequence, good radiation protection practices may result in reduced radiation exposure for personnel.

What Level of Radiation Is Harmful?

The consequences of large doses and dosage rates of radiation are relatively well known. A significant dosage supplied to the whole body in a short period of time will kill the exposed individual within days. It is assumed that exposure to radiation, even at natural background levels, may increase the risk of cancer. This, however, has yet to be confirmed. To correctly assess the danger at low doses using epidemiology, millions of individuals would have to be observed at greater and lower dosage levels. The lack of a control group that had not been exposed to radiation would confound such an analysis. In addition to radiation, there are hundreds of other things in our daily lives that might cause cancer, including cigarette smoke, ultraviolet light, asbestos, certain chemical colors, fungal poisons in food, viruses, and even heat.

Animal studies have also shown that radiation exposure might have genetic consequences. However, investigations of Hiroshima and Nagasaki survivors show no evidence of this for humans. Again, any genetic consequences of low-level radiation exposure could only be found by thorough study of a vast amount of statistical data. Furthermore, they would have to be separated from a variety of other chemicals that may potentially induce genetic problems but whose influence may not be identified until after the harm has been done. The resolution of the scientific argument will most likely come from an understanding of the processes via molecular biology rather than epidemiology.

Radioactivity in the environment may be caused by both natural and manmade causes (artificial). Natural radioactivity is rather equally dispersed on land, in water, and in the atmosphere. However, artificial radioactivity created by nuclear testing and accidents is dispersed far more unevenly, with the Northern Hemisphere suffering the most.

Terrestrial radiation is produced by the Earth itself. Natural radioactive elements (uranium and thorium series, as well as potassium's K-40 isotope) occur in soil and rock.

Cosmic radiation is an ionizing radiation that is formed when primary photons and alpha particles from beyond the solar system contact with elements of the Earth's atmosphere. Humans get around 10% of their annual effective dose of radiation through cosmic ray exposure. Radionuclides such as H-3, Be-7, C-14, Na-22, and others are constantly created in the top layers of the atmosphere due to the effect of cosmic rays.

Radioactivity Caused by Humans (Artificial) In the Environment

Artificial radioactivity produced in a controlled setting is geographically constrained and localized, mostly to enclosed places such as reactor buildings, radioactive waste storage locations, labs, and so on.

Radioactivity Dispersion on a Global Scale

Most radionuclides generated during the chain reaction in previous examples of radioactivity in uncontrolled situations, such as nuclear airbursts or big nuclear accidents, were discharged into the environment and, because to the high temperatures, even into the top layers of atmospheric layering. Strong air currents moved them all over the world, contaminating the atmosphere's ground levels and the Earth's surface. The extent of contamination was considerable in the early days and weeks due to the presence of numerous short-lived radionuclides, but in the following months and years, longer-lived radionuclides, which were created as nuclear fission products, became more widespread.

Radiation has been and continues to be a threat to all living things since the beginning of time. The planet and all living things on it are continually assaulted by radiation from space, much like a steady rain. Some people think it's pointless to learn about radiological safeguards. Many people are unwilling to learn, claiming that no one will survive a radiation disaster. Don't find out the hard way, is my advice! Take the time to educate yourself on the fundamentals of radiation protection. Nuclear war isn't the only thing that may trigger a radiation emergency in the area. 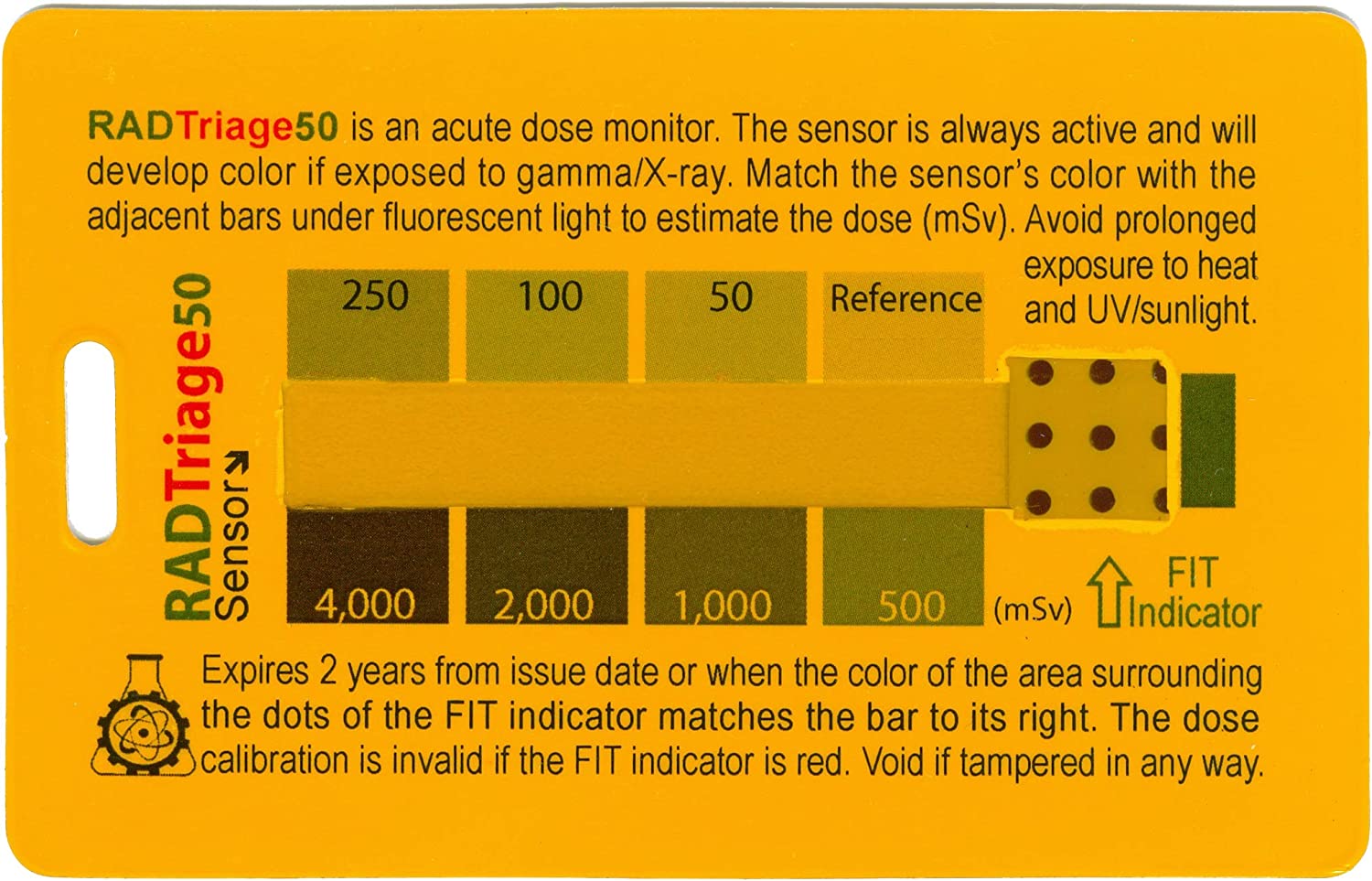 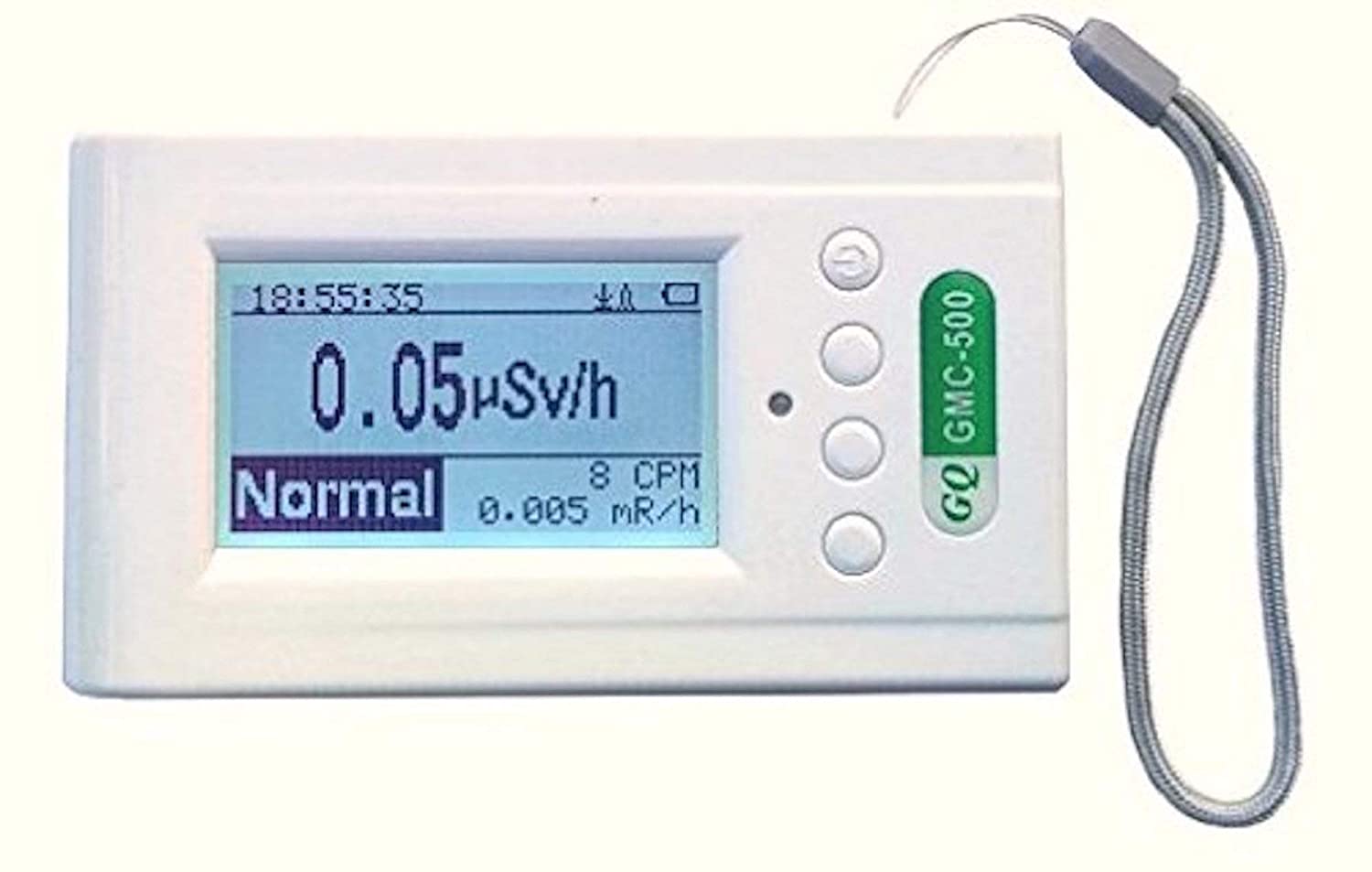 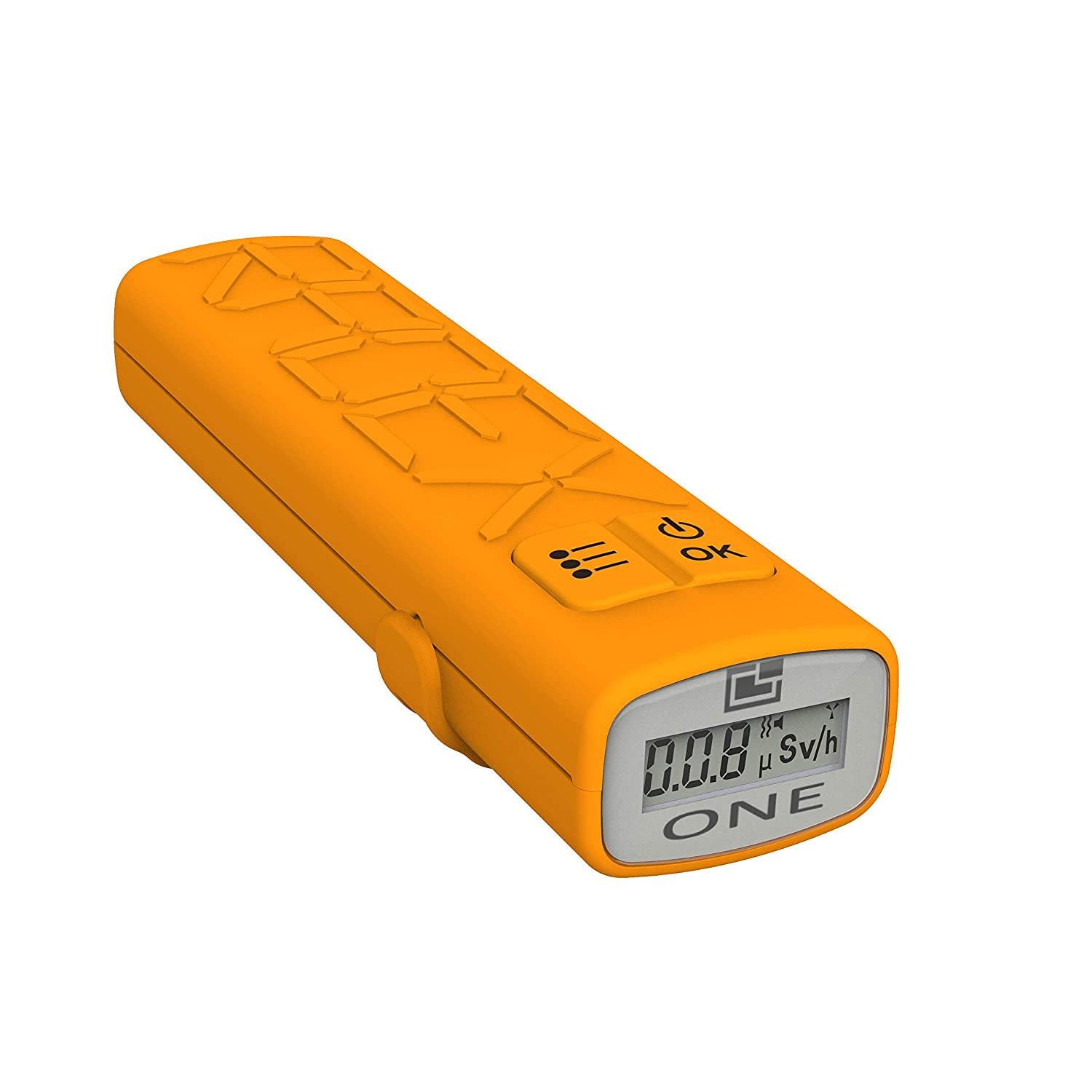 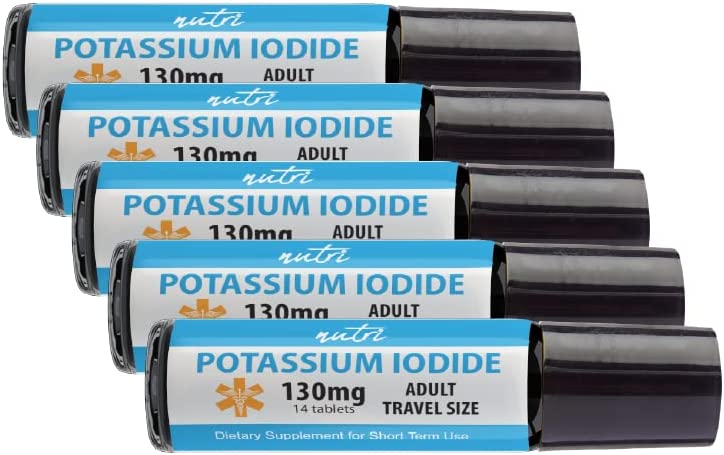 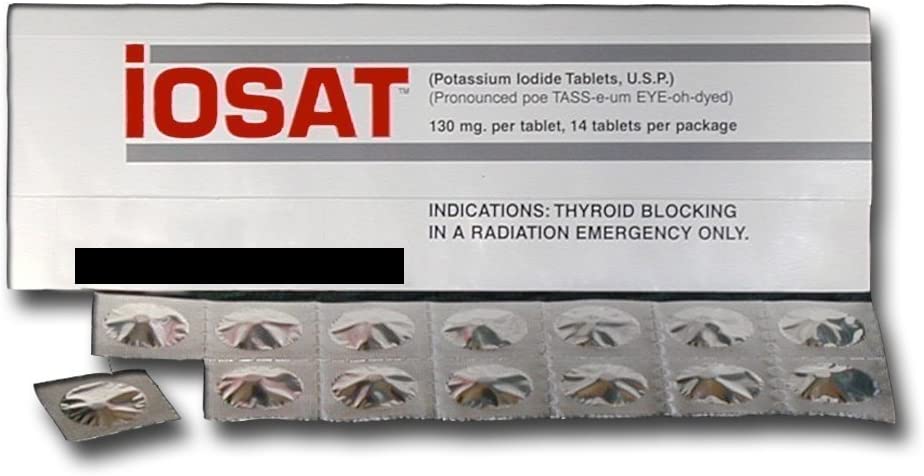 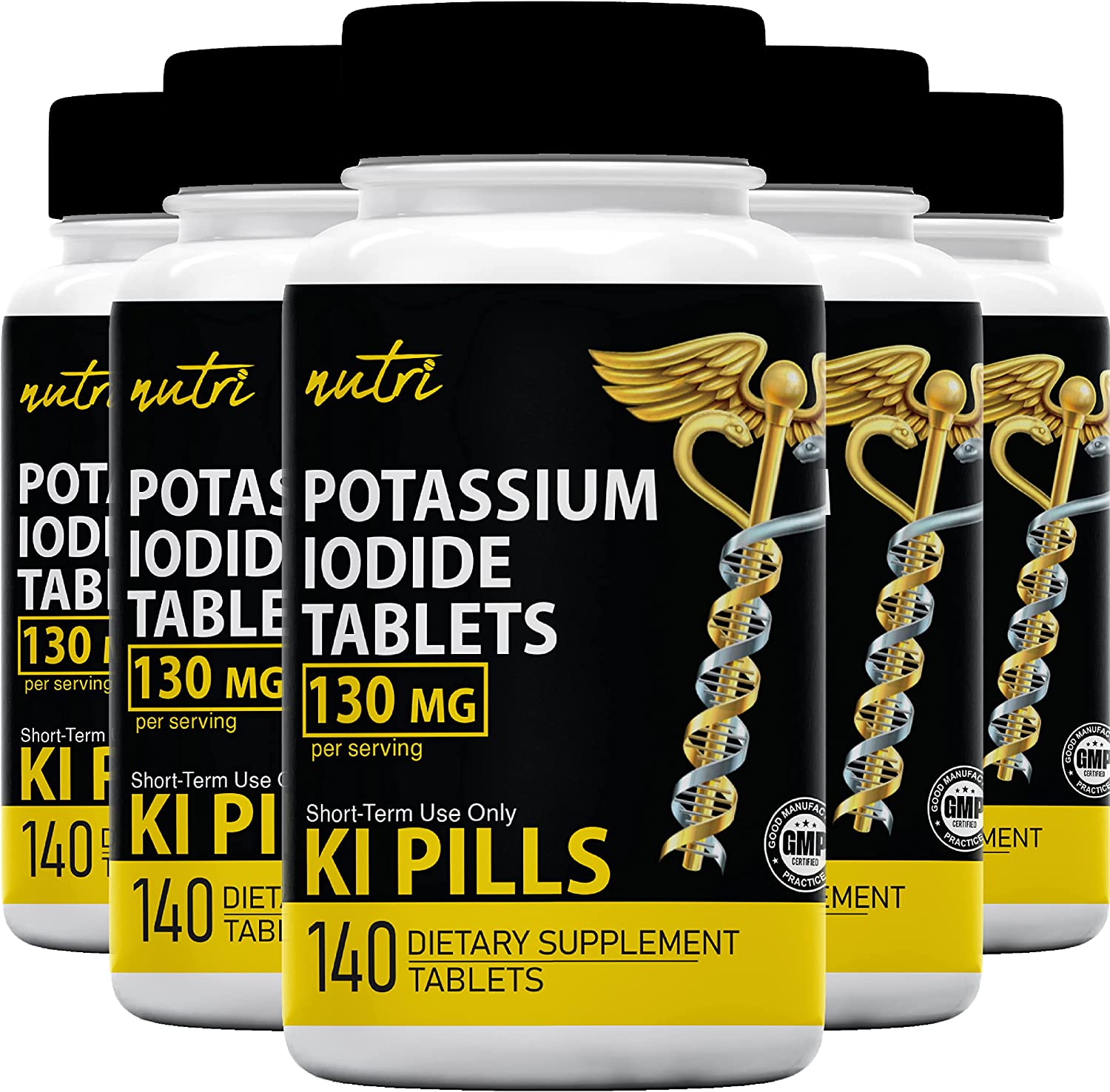 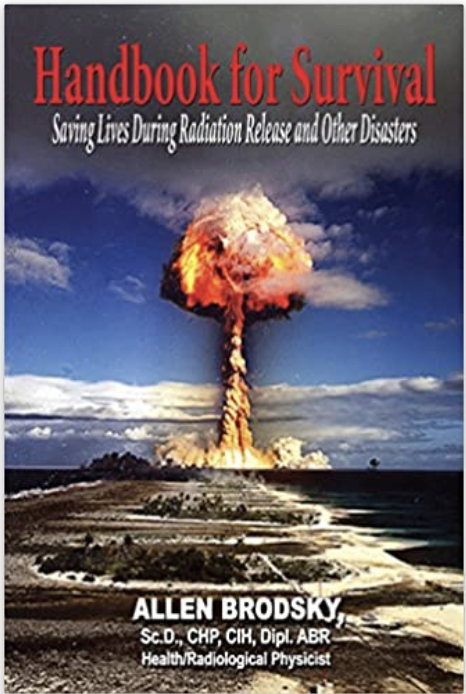 This is Dr. Brodsky's 9th book with data and information for protecting health and saving lives. It condenses his 2011 book into life-saving information easily followed by any member of the public. PAPERBACK & KINDLE 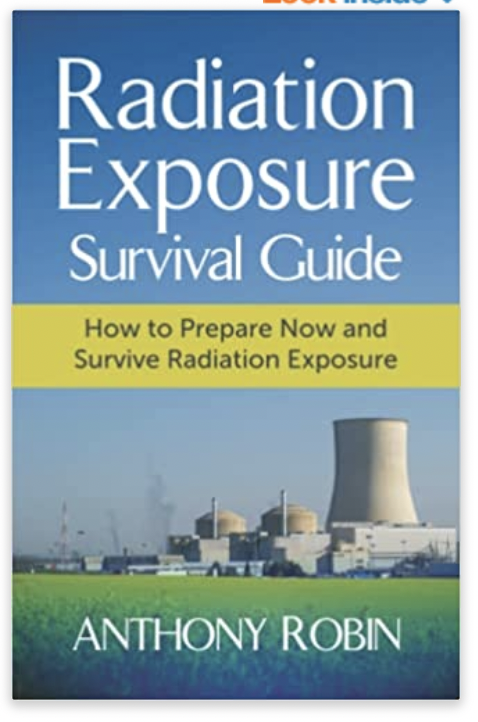 Why should you read this book? Because It is your best guide to surviving exposure to radiation. What will you learn? The basis of Radiation, Types Exposure and contamination, Effects, Guidelines PAPERBACK & KINDLE

It is likely after reading this book, you will know as much about potential neutralization and decontamination remedies as most disaster personnel. PAPERBACK & KINDLE 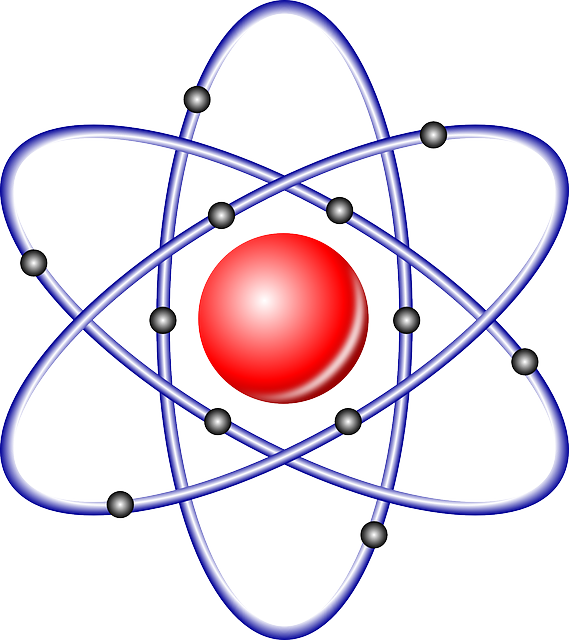